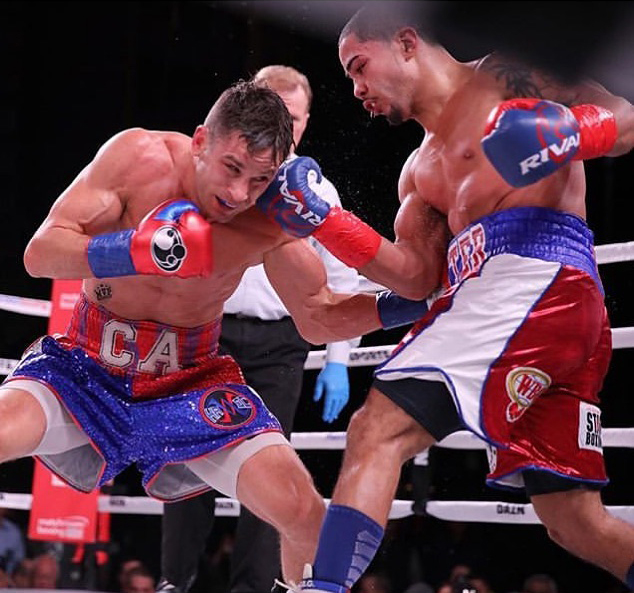 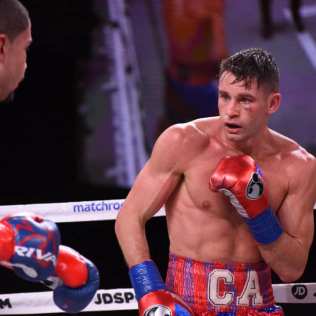 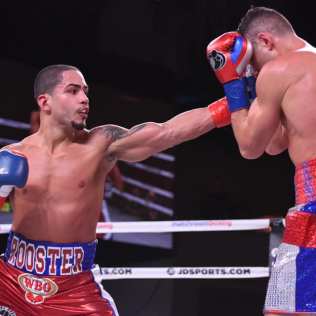 The scores seemed a bit wider than fans in attendance believed they should be and rained down boos when Algieri spoke to DAZN following the bout.

“A lot of the things that I have been working on, I didn’t pull the trigger on,” Algieri said immediately following the bout. “I am my biggest critic and this performance wasn’t my best. I got the win and I am moving on. I’ve got to take care of this eye which is a bummer. But honestly, I felt a little off today but it is what it is. You go back to the drawing board and look to come back better.”

In his second bout since being out of the ring for two years, the 34-year-old Algieri managed to do enough to stave off an upset-minded former sparring partner who came to Madison Square Garden to stop Algieri’s dreams of winning another world title. Working behind a crisp jab, Algieri kept Gonzalez guessing all night and off balance until a cut opened underneath Algieri’s left eye. Gonzalez used that as motivation attack but was unable to string together more than two punches at any given time to really hurt Algieri.

Algieri’s jab gained control of the opening round and controlled the pace to point where Gonzalez had to overextend to make any real contact. By the second round Gonzalez got a lot closer landing a few shots off of Algieri’s head causing a bit of swelling. Gonzalez had some good moments in the third round when he had Algieri by the ropes. Gonzalez tried to take advantage of Algieri leaning on the ropes but was just a step too slow to catch Algieri.

By the fourth round Algieri regained control of his movement again and kept Gonzalez at a good distance where Algieri could work behind his jab. The next few round went back and forth as both fighters tried to negate the other’s movement. Gonzalez had his best moments of the bout in the seventh and eighth rounds. After opening the cut under Algieri’s eye, Gonzalez tried to move in to do further damage but Gonzalez was incapable of cutting the ring off and Algieri used his legs to move in circles front and backwards avoiding Gonzalez.

Gonzalez made a last stand in the final round and had Algieri trapped for a few moments but again Algieri freed himself and evaded any meaningful shots from Gonzalez. Fans in attendance booed the scorecards as they were announced feeling the scores should have been closer.- BoxingScene.com

The results of the fight was not a popular one, as the crowd booed Algieri long and hard as he was being interviewed after the fight. Algieri, 34, was backing up the entire second half of the fight, and he didn’t look like the winner at the end. Algieri looked very upset at the end of the fight, knowing that he hadn’t performed the way he wanted to.

The judges scored it 98-92, 97-93, and 96-94. Boxing News 24 scored it in Algieri’s favor by a 96-94. Algieri needed to finish strong, but he failed to do. He clearly lost the last four rounds from round 7 to 10.
Algieri suffered a cut under his left eye from a clash of heads in round 5. Algieri looked to avoid exchanges after the cut opened, and this emboldened the younger 29-year-old Gonzalez, who pressured him nonstop and punished him with shots.

It looked like Algieri was exhausted by the fifth round. His legs looked rubbery, and the power that he had shown in the first three rounds was gone. Algieri started to fade by the third round. He was losing power on his shots, and getting hit more and more.

“My performance wasn’t my best,” Algieri said after the fight in admitting that he failed to perform well. “I felt a little off. I got to take care of my eye. It wasn’t so much that I was tired. My eye was getting worse and worse. I think I can come back in a short period of time. I need a longer camp. I want a full eight week camp. As long as I can have a proper camp, I can turn it up when I need it.”
READ Algieri defeats Gonzalez in New York – RESULTS
With this victory, Algieri will need to be challenging WBO light welterweight champion Maurice Hooker. That’s going to be a very tough fight for Algieri if he doesn’t have more in the gas tank than what he showed tonight. Algieri isn’t going to be able to last long against Hooker if he gasses out after five rounds. It’s going to take some energy for Algieri to be able to wear Hooker down. Hooker is beatable, but requires a fighter with a good engine. Algieri looked like a six-round fighter tonight, not a 12 rounder. Algieri needs to improve his stamina for him to beat Hooker. -BoxingNews24

This entry was posted in Events. Bookmark the permalink.